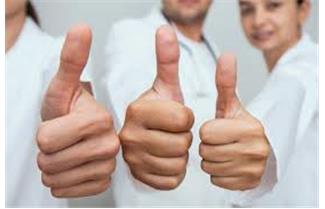 Results from The People Matter Survey and published in this year’s Quality Account report show Benalla Health has succeeded in providing a safe and engaging workplace over the past 12 months.
Chief Executive Officer Janine Holland said 63 per cent of staff had responded to the voluntary survey this year.
She said the results were indicative of the outstanding workplace culture within Benalla Health.
Each key performance indicator target for 2018/2019 was met and in many instances exceeded by more than 20 per cent from the previous years results.
She said 99 per cent of staff surveyed provided a positive response to being encouraged by colleagues to report any safety concerns they had.
The survey showed 93 per cent of staff surveyed believed management was driving staff to be a safety-centred organisation.
Mrs Holland said 84 per cent of staff in 2018/2019 as compared to 68 per cent of staff in 2017/2018 thought the health service was doing a good job of training new and existing staff.
She said 93 per cent of staff would recommend a friend or relative be treated as a patient within the Benalla Health precinct.
“These results are absolutely outstanding and are a direct reflection of our staffs professionalism and commitment,’’ she said.
She said 95 per cent of staff reported that their suggestions about patient safety would be acted upon if they were expressed to the management team.
Trainees at Benalla Health are being adequately supervised with 88 per cent of respondents reporting they were happy with the level of supervision.