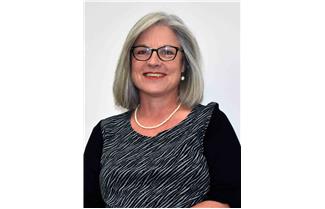 In announcing Ms Holland’s resignation, Board Chair Dr Dennis O’Brien said Ms Holland had been an inspirational leader, who would be sorely missed.

“Among her many achievements, the development of the recently launched Strategic Plan 2020-2025 and her work on securing successful funding for renovations at Morrie Evans Wing are stand-outs,” Dr O’Brien said.

“The 2017 Premier of Victoria Medium Health Service of the Year award was another of her many contributions and testament to her work.

“Janine was a compassionate and respected leader, who led the organisation admirably during the many challenges of the COVID-19 outbreak, and who won the admiration of staff and Board for her dedication to Benalla Health.

“She began working at the health service in December 2009 as the Director of Clinical Services before being appointed to CEO five years ago.

“We wish her all the very best in her future endeavours and know the community will be saddened to hear she is leaving the organisation.”

Ms Holland had been on extended leave which was due to finish next month. Her resignation takes effect in July.

“During the time which Janine has been enjoying her extended leave, Andrew Nitschke has been Acting CEO, and he will continue in this role while we work through the next steps and look for a permanent CEO,” Dr O’Brien said.

“During her time here at Benalla Health, she has formed some wonderful and strong relationships in her work with the community, which have had a positive impact on the organisation and our future going forward,” he said.

Dr O’Brien said the community would be informed about the next steps as they are determined.